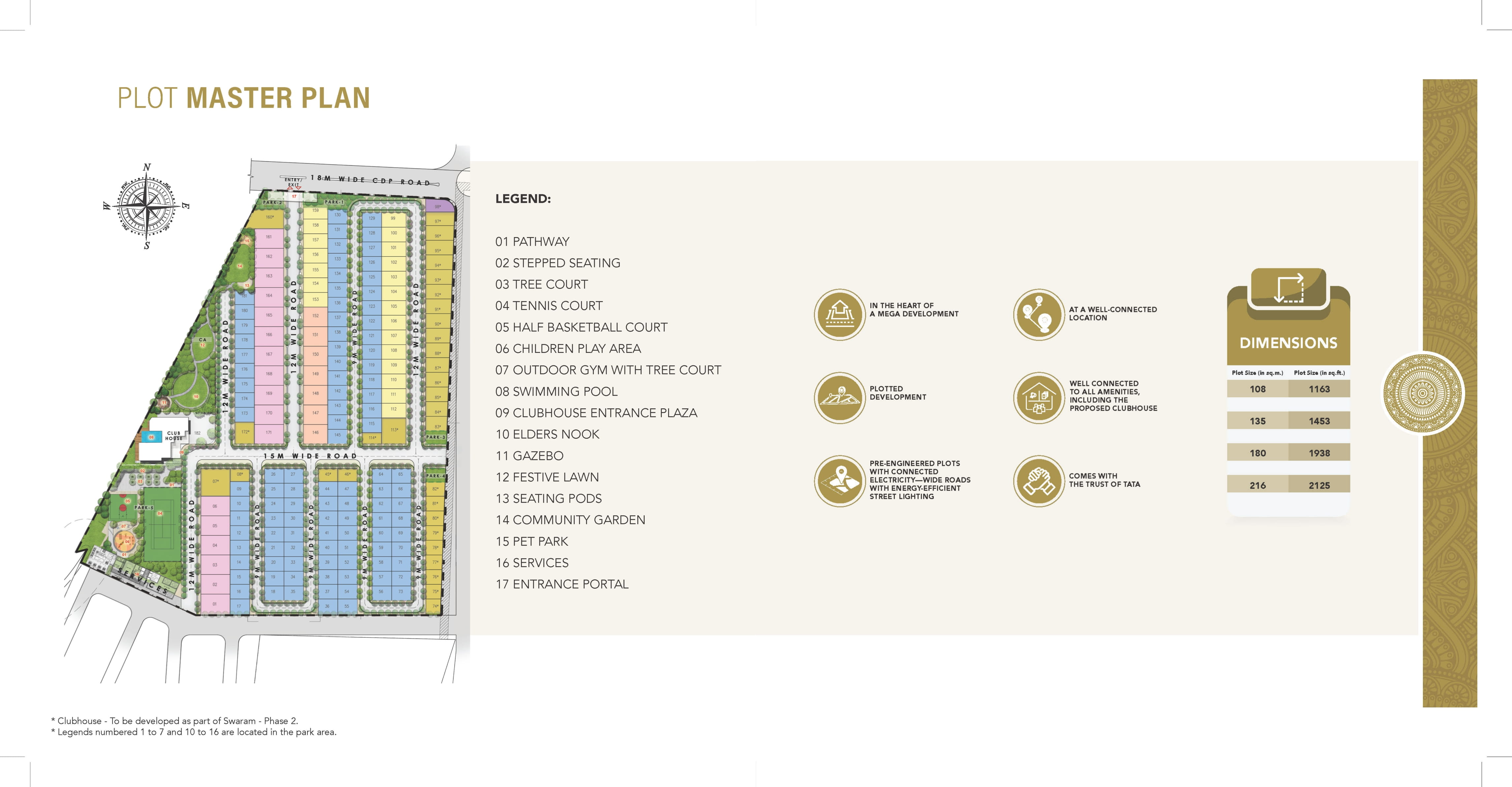 Located in the pristine environs of North Bangalore is Tata One Bangalore Luxury, a sprawling residential project by Tata Housing. Spanning 135-plus acres of verdant real estate, this is an elegant project that is designed to be a seamless blend of residential as well as commercial spaces, with 60% of the total area being utilized for residential purposes and 40% of the area being utilized for commercial purposes. The residential wing of this development will encompass within itself high-end one, two, and three-bedroom apartment units, a carefully developed and planned plotted development, and luxurious villas. Designed to create an opulent lifestyle for its residents, Tata One Bangalore Luxury is a project that will be developed in five phases over a 12 to 15-year time period. A project of Tata Housing, in keeping with the company’s promise, this development will be constructed in keeping with the highest quality of specifications. Tata Housing has, since its inception, grown to become one of the most formidable names in the real estate industry in India. Today, the company commands a presence in several locations across India such as Mumbai, Bangalore, Lonavala, Kolkata, Goa, Ahmedabad, Pune, Gurgaon, Vadgaon, Chennai, Chandigarh, and Bhubaneshwar. This esteemed company promises only the best and ensures that it delivers the same to its residents and to this end, Tata One Bangalore Luxury is tipped to be one of the premium projects of Bangalore city in present times. This project is planned to provide its residents with the most cutting-edge in development and the most luxurious of amenities available, making residing here a story in comfort and sophistication. This premium residential development project is located in North Bangalore and is at a favourable distance from the Kempegowda International Airport. This zone is also chock-a-block with IT parks and business hubs such as the Devanahalli Business Park, the Aero SEZ, Manyata Tech Park, and other corporate offices, making it a residential destination of choice of individuals who are employed in these work spaces. There is also a financial city and science city that is being developed in the north zone of Bangalore, which will add to the allure of residing in Tata One Bangalore Luxury, close to these work hubs. North Bangalore has well-developed physical infrastructure already in place and there are various other projects in development such as the new satellite ring road linking Devanahalli to Doddaballapur and the phase 2 of the metro project, all of which will give a further boost to the connectivity of this zone to the city of Bangalore.